Throughout the history of its existence, Village Anwar Mari never saw any of its girls receive education. Not one. It wasn’t that parents were opposed to educating daughters, it’s just that the closest school was 4 kilometers away. This meant that if parents were sending their kids to schools at all, it ended up mostly being their sons.

So, in late 2017, when SABAQ first looked into the possibility of opening a SABAQ Centre in Anwar Mari, we were met with general support and enthusiasm. No one, however, was more supportive or enthusiastic than Mrs. Champa. True to her name, Mrs. Champa has been a genuine champion in her support of education. With 3 young daughters, Mrs. Champa wants nothing more than to see her children excel and succeed. She was one of the pioneering members of the community who took on responsibility for this Centre, becoming a member of the Local Support Organization (LSO). Her strong resolve for an educated youth, directly and indirectly, resulted in the establishment of the SABAQ Centre. 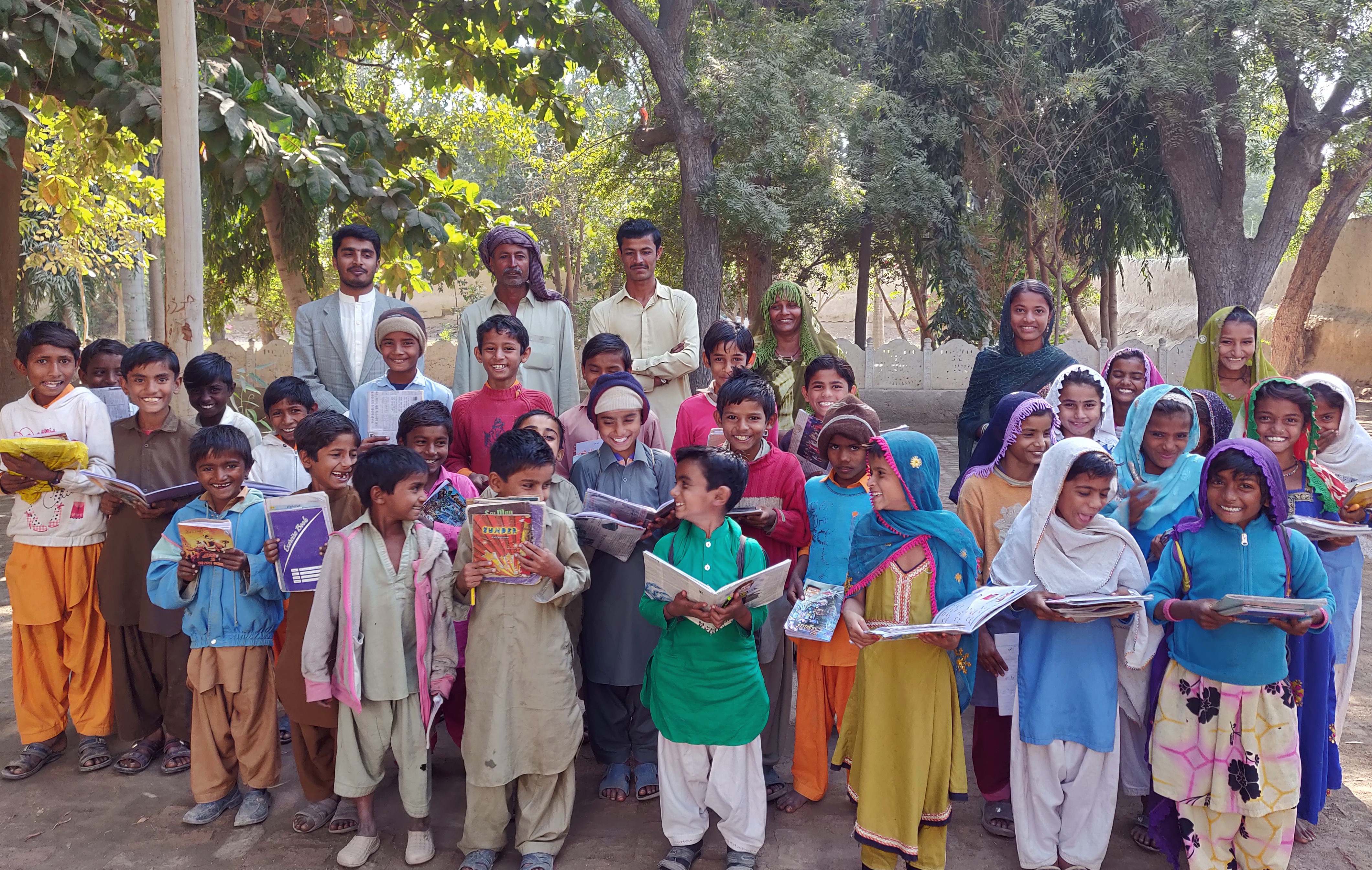 The Necessity of Change

“The rooms you see being used for the Centre were originally an entertaining parlor of Qadir Baksh Mari, the landowner here. He has been very supportive throughout this process, and extremely happy for the children of people in his employ,” she mentioned. The biggest impact she saw was that children who would previously wander about aimlessly were now part of a learning structure. “I have 3 daughters, you know. I never went to school but I can see that things are different now. But they can only be different for my daughters if they learn and study. The society has progressed, and our girls need to, as well.”

Mr. Shamu, the facilitator at this Centre felt similarly. “Things have changed immensely. They [the children] used to roam around the streets until the Centre opened. They learn now and have so much fun doing it. I swear they will continue studying till 4 pm, if we let them! They’re very fond of their school, here.”

Mr. Shamu is one of the 4 members of this community who has received higher education, and takes great pride in seeing the children he teaches progress. He happily reported that all of the students, within the span of a year, had learnt enough to have gained a respectable degree of numeracy and literacy skills. He shared one of his favourite moments with us, “It makes me so happy when I see them with their parents and they greet me in English, saying ‘good morning, sir,’ or asking ‘how are you, sir?’, amazing their parents. It’s such an overwhelming moment for us all.” 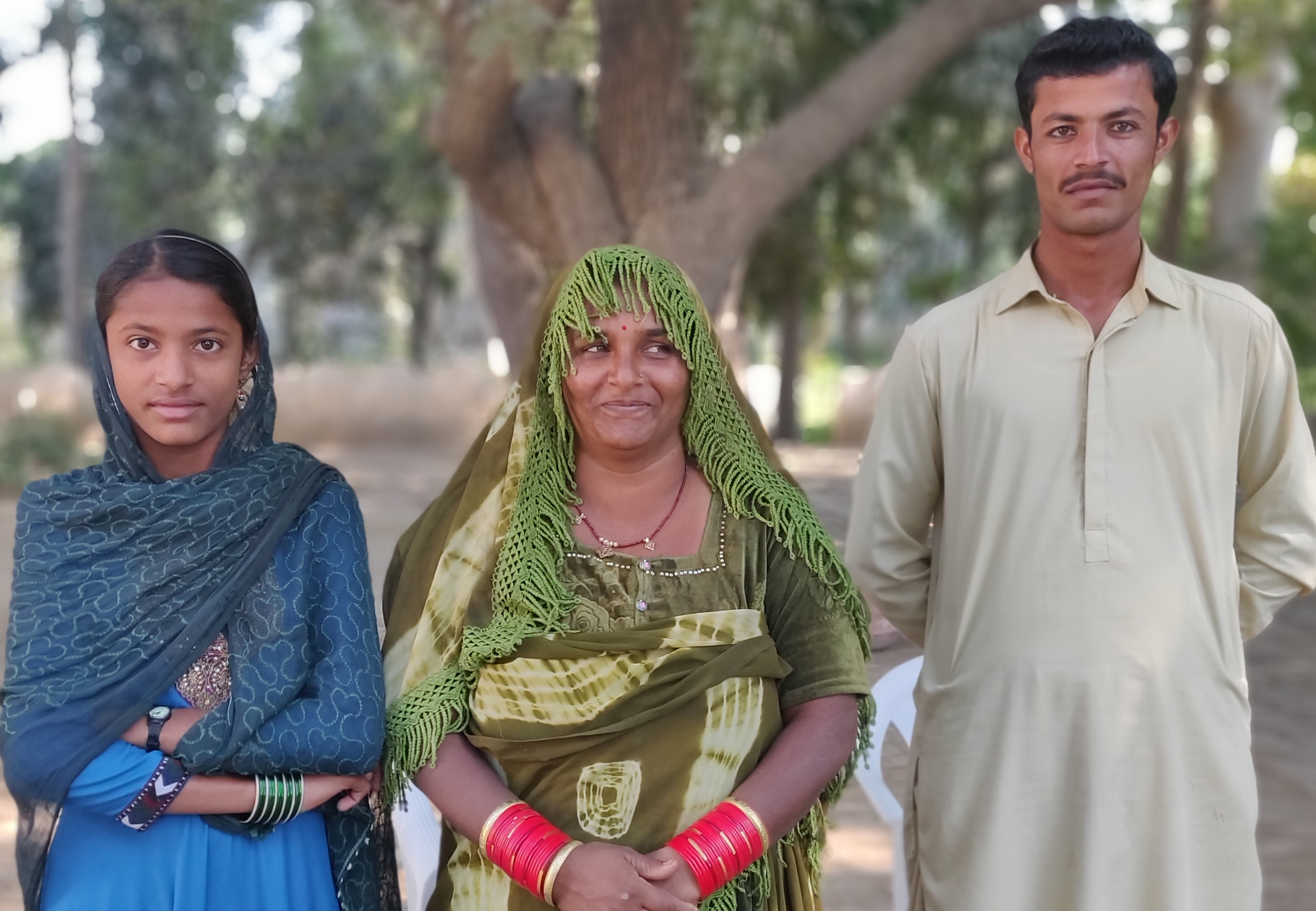 The Results of Determination

One of the best outcomes to come from the Centre, according to both Mrs. Champa and Mr. Shamu is that where previously no girl had ever been educated, now all the girls in the village are learning alongside the boys. Of the 43 students in the Centre, 16 are girls. One of them even travels a kilometer every day with her brother to attend the classes. Unsurprisingly, Mr. Shamu claims that the boys and girls in his Centre are quite neck and neck in terms of performance, although he claims his student Pooja has a knack for learning that he hasn’t seen a lot. Pooja loves learning, with the Urdu letter story Pari ka Papadr being her favourite.

Mr. Shamu is even more enthusiastic about the fact that other students would also be joining their Centre soon, both from Anwar Mari and a few nearby villages. This Centre, the unending support it has received, led by a lady championing girls’ education along with boys, and willing them towards betterment, is precisely the reason we started off with this venture in the first place.